Pavel Novotný: Tramvesty. A recording of a streetcar journey from Liberec to Jablonec

The narrow-gauge streetcar route between Liberec and Jablonec winds through the foothills, passing through villages, racing the train, occasionally hurtling through the woods. One city slowly dissipates, changes into ruins, dissolves, and then everything is put back together - Liberec transitions into Jablonec and vice versa. The radiophonic composition that captures the sounds of this remarkable streetcar route form one part of the work entitled “Tramvesty”. 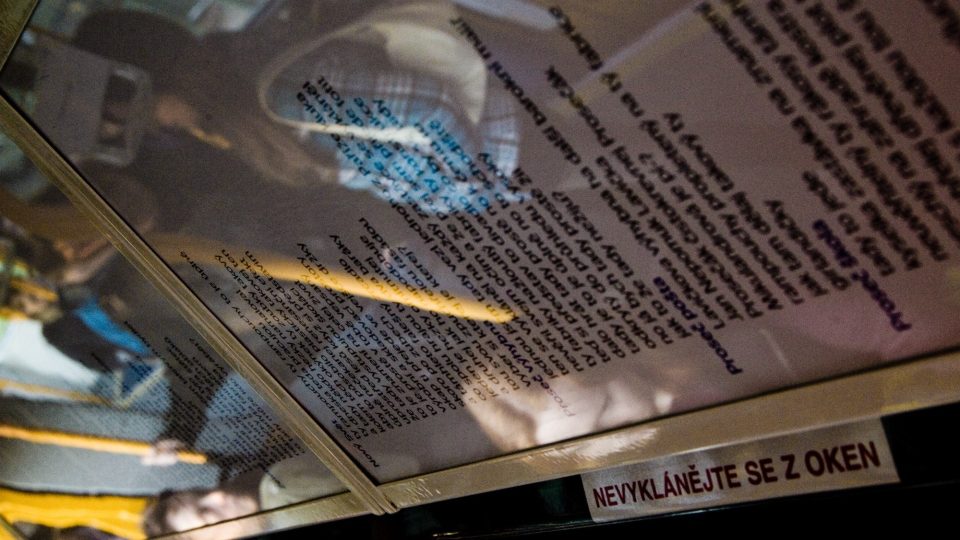 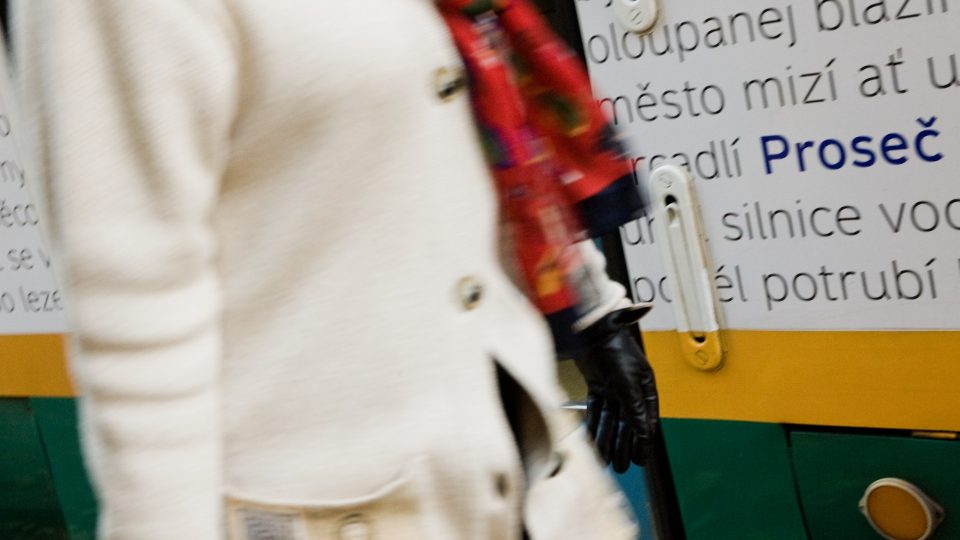 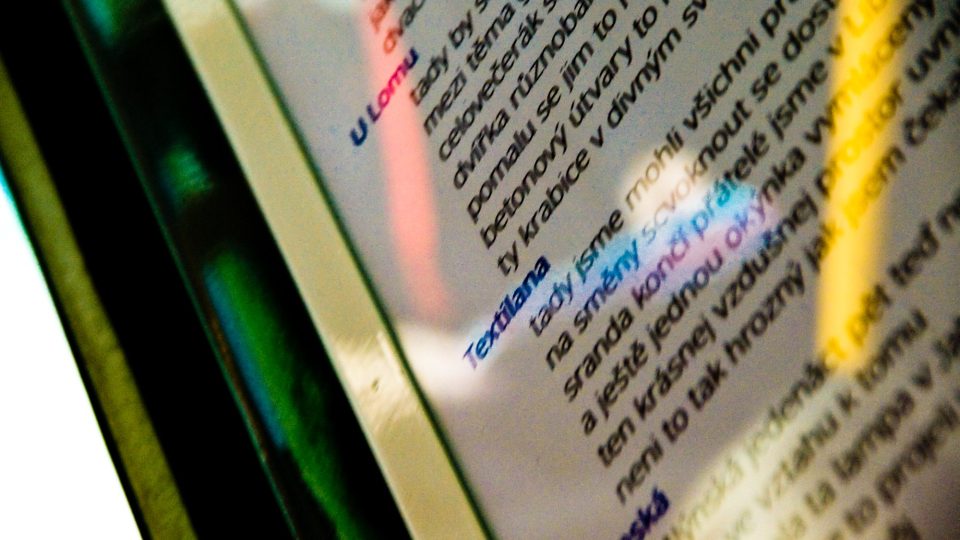 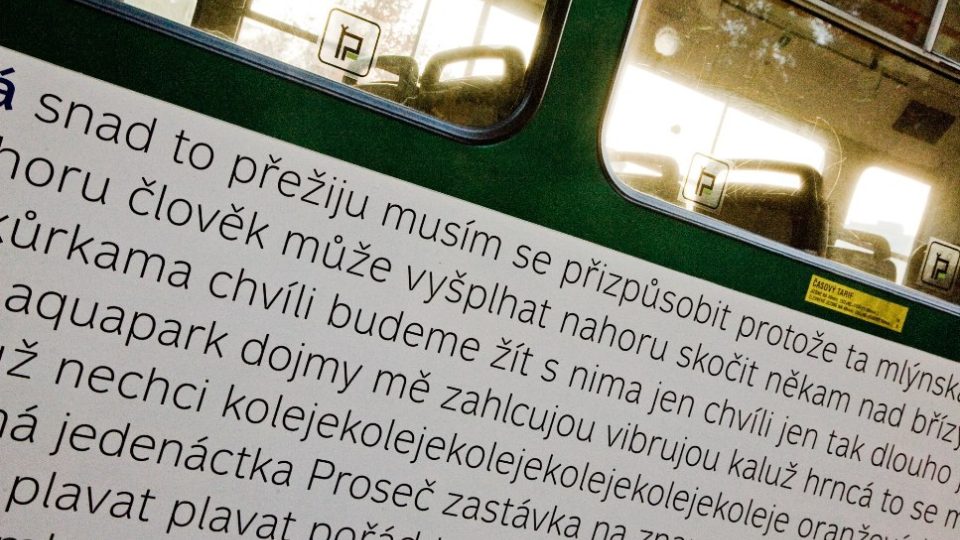 Its primary artistic concept rests in the collection and editing of recordings of selected individuals describing this journey. As such, Tramvesty is an incomplete lifelong series of texts that we encounter, among other things, in the form of textual installations (graphic design by Jan Měřička) in the vehicles of the Liberec public transport company.

The audio composition attempts to reconstruct a picture of the entire journey, primarily by editing sounds and oral descriptions. Although often edited into dialogues, none of the speakers’ descriptions are from the same time and often are separated by a span of several years. The resulting illusion of actually riding the streetcar is thus a concentrated expression of several timelines.

The entire composition lasts for just slightly more than 26 minutes, which corresponds to the actual travel time from Liberec’s Fügnerova stop to the end of the line in Jablonec. I have also observed the time it takes to travel between stops, as well as the geography of the route: The various objects and their descriptions or the humans and animals are thus (roughly) edited to appear where they exist in real life (or existed, since they have run off, been demolished, or whatever). The memories and experiences associated with the journey are edited together in a similar manner.

The range of streetcar sounds (screeching, the sounds of the doors and of the various sections of the trip, etc.) corresponds to the aural transformations of the journey and were recorded over time by recording all parts of the vehicle in detail in the depot and during operation.

The voices that we hear appear in varying proportions: some of the participants speak for almost the entire duration of the trip, others appear only occasionally, others say perhaps only one sentence, and some people can be heard only in the background. The voices were selected and edited on the basis of the precision and poignancy with which the speaker describes the journey, the amount of information provided, and the extent to which they could be edited together into an imaginary dialogue or to create chronological, emotional, atmospheric or other contrasts. The individual recordings were made during daytime and nighttime and during various seasons of the year, meaning that the individuals did not actually encounter each other in real life, but each traveled in his own time. Exceptions are Ivan Acher and Jana Vébrová, who were recorded in parallel on two microphones, and myself when I encourage the interviewee to speak.

An entirely separate chapter in the composition is the driver, Mr. Zajíc, who just happens to be our neighbor. He is a very quiet person by nature, and I needed around 20 hours in order to record just a few sentences and words: I would get up for his morning shift at 3:30 in the morning and share a ride to work with him. I then placed the recording equipment in the driver’s cabin and picked it up around noon at the end of his shift. I repeated this process for his afternoon and evening shifts as well. As with the other speakers, I edited his words chronologically into the composition’s timeline; as a result, the driver starts his morning shift at the beginning of the composition at ends his night shift at its conclusion.

Many thanks to all participating speakers,